Central High School student Evan Parker earned his International Baccalaureate Diploma and is headed to Yale this fall, and he did it all with the help of Launch. 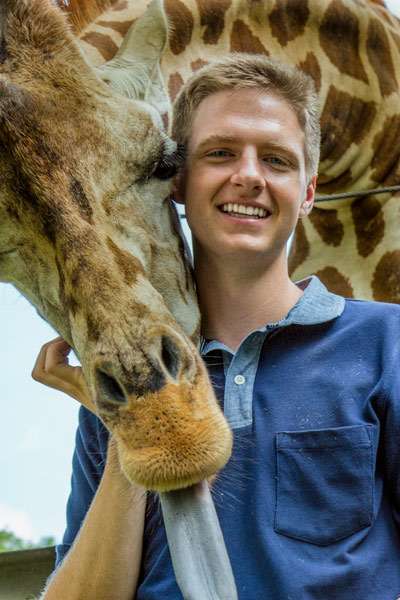 Evan Parker is a bright kid with an even brighter future—after he graduates from Springfield’s Central High School this spring, he’s headed to Yale University to study ecology and evolutionary biology. To prepare for his time in The Ivy League, Parker spent his high school years taking courses required for an International  Baccalaureate Diploma. “There are a lot of prerequisites we have to take in order to get the IB diploma,” Parker says.

While many IB students use summer school to attain additional credits, Parker couldn’t—he spends his summer hours volunteering, often at Springfield’s Dickerson Park Zoo. “I’ve done a lot of work with the zoo’s Raptor Rehabilitation Program,” Parker says. “I”ve also gotten to do a variety of other hands-on veterinary work.”

Parker credits Launch for affording him this opportunity—he earned his credits for Physical Fitness, Personal Finance and Government online so he didn’t have to take them during the school day or his summer break. “Launch allowed me to get those prerequisites out of the way without having to sacrifice other classes in school that I wanted,” Parker says. “It frees up so many opportunities to focus on things you like, as well as other things you may want to explore.”

If you’re currently a Launch partner district, you can enroll students in courses at any time. Click the link below to get started!

Find out how to start

If you work at a school district that does not currently partner with Launch but would like to learn more, we’d love to talk! Contact us with the link below, or learn of our partner districts with our Member Directory.

Springfield Public Schools students will be enrolled by the counselor at their home school building. Click the button below to get started.